Hyperconvergence is a software-centric IT architecture that tightly integrates computer storage, networking, virtualization resources, and other technologies from scratch in a commodity hardware box supported by a single vendor.

Data analytics is driving the need for hyper-converged infrastructure (HCI) solutions. Businesses today generate more data through their websites and mobile apps that can be analyzed to serve their customers' needs. For instance, Netflix mines user data to recommend shows based on preference.

According to Netflix’s Q4 2021 Figures, the platform has over 222 million paid memberships globally. Hyperconvergence of data analytics has enabled Netflix to attain a 93% streamer retention rate through the Netflix Recommendation Engine (NRE).1

Hyperconvergence promises to deliver an agile business environment with increased operational efficiency in one piece of infrastructure. Not only saving businesses time but also money.

How has data analytics evolved over the years?

Data analytics is a broad term that incorporates many different ways of analyzing the data your company collects, from reviewing it in spreadsheets to running simulations on large amounts of data. In the first generation, data analytics used to be a separate discipline. It had its own set of tools and processes.

Then came the second generation, which involved Hadoop and Spark. With the introduction of Hadoop, people now had a distributed processing engine with its SQL dialect called Hive. This new technology gave people the ability to execute code on several nodes in a cluster of servers, which allowed for much larger data sets to be processed by breaking down a query into smaller pieces and sending those smaller tasks to different computing nodes in the cluster.

The result? Speedier queries! Since then, we've seen the introduction of Spark—a faster alternative to Hadoop that's used for analytics and machine learning. With Spark came an increase in performance and a decrease in hardware requirements.

Fast-forward to today, and while some concepts have remained constant, there are also many new concepts like MapReduce. Nowadays, instead of just querying large amounts of data stored on a disk, like in 1999, we're able to process data while it resides in memory using tools like Spark. This allows users to perform interactive queries on data that may have previously taken hours or even days to process using an older technology. People can now think about our data analysis more strategically instead of waiting for an ETL job or report to finish running!

The concept behind it is that users can make their requests for what they need to be analyzed and receive their results in a self-service model, without having to engage with IT or infrastructure. It's the same way people use SaaS applications today (such as Google Analytics), but this time with big data and Hadoop.

Since 2014, many vendors have been offering DaaS platforms in the market. Some are very similar to how we think about cloud solutions: true multi-tenancy, no IT dependency—just sign up and start using your data. Others offer a slightly different approach in which you build your private cloud on top of an existing virtualized infrastructure or leverage a private cloud-like AWS or OpenStack and run DaaS on it.

This approach provides more flexibility since you don't need to go through the process of building your cloud from scratch but instead can leverage an existing one and empower its capabilities with Hadoop and Spark to enable self-service business analytics.

Hyperconverged data analytics is the latest trend in analytics, and for good reason. Hyperconverged infrastructure (HCI) is a software-defined IT infrastructure that virtualizes all of the important hardware components of traditional data centers—namely computing, storage, and networking—into one unified system. It combines these functions into a single platform to simplify data center management and reduce costs by eliminating the need for multiple hardware systems to perform specific tasks.

Hyperconverged infrastructure also enables companies to scale up or down as needed while lowering the total cost of ownership (TCO).

Hyperconverged data analytics offers many benefits over traditional analytics. The major pro of hyper-convergence is speed. Hyper-converged infrastructures can deliver faster and smoother results than their predecessors because they operate in real-time instead of batch processing like other models. This means less waiting around for insights from your company's data sets!

Another advantage is cost reduction since it is deployed with minimal upfront investment from an organization's IT budget.

What Hyperconvergence Means for the Future of Data Analytics

The rise of big data is driven by several factors that would ease work for everyone:

A look into the future

Hyperconvergence will be important in the future of data analytics, helping to ensure that the technology is not limited by complexity.

In addition, companies are adopting software as a service (SaaS) apps to save money and accelerate business processes. And just when you thought your IT department was done with virtualization projects, there's talk about moving some workloads to public clouds such as Amazon Web Services or Microsoft Azure for greater scalability or better performance -- along with the need to figure out how much it will cost to store company information at Amazon instead of onsite. 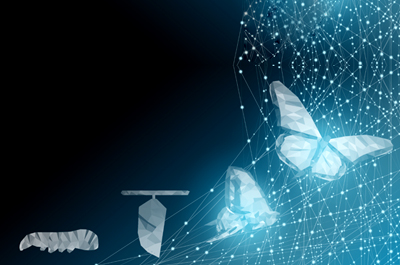 From a typing machine to supercomputer, and from a human brain to neural networks, global technological evolution,...
Digital Transformation Manufacturing Automative intelligent application

16 Elite Tips that will help Businesses Optimize Their Data Analytics

Cultural adaptations of the analytics sector have developed in ways and to varying degrees around the world. Analytics...
Optimization Data Analytics

Data and analytics are the keys to business growth, but it doesn’t happen by itself. You need to have a...
Data Analytics