DevSecOps for Kubernetes, the Imperative

DevSecOps is a model to secure and govern IT infrastructure, applications, and services. Kubernetes is now an important tool for DevOps and 21% of 1300 respondents on hybrid and multi-cloud operations say that they are running everything on Kubernetes. It's an approach that combines security, compliance, and governance with agile development practices such as continuous integration (CI) and deployment (CD) to automate the process of creating, testing, deploying, and releasing secure code on any cloud platform including Kubernetes. The goal is to remove manual steps from the software lifecycle by automating all aspects of software development through automation tools such as Ansible playbooks or Jenkins jobs that run automatically when code changes are committed into Git repositories using CI/CD pipelines like Gitlab integrations or Travis CI triggers built using Ansible playbooks.

Why DevSecOps for Kubernetes?

Kubernetes is an open-source project that is used to deploy and manage containerized applications on a large scale. Kubernetes manages the lifecycle of containers, from deployment to termination, providing an abstraction layer over traditional Linux operating system command line tools such as Docker or LXD.

Kubernetes can automate the deployment and scaling of containerized applications across multiple hosts in parallel using its scheduler service, which monitors host resources such as CPU and memory usage to ensure that pods are running at peak performance while also preventing them from overrunning available resources on individual hosts.

This makes it possible for companies like Netflix (the original creators of Kubernetes) or Amazon Web Services (AWS) to run thousands of instances simultaneously without requiring additional hardware like server farms—which would be costly both financially and environmentally speaking!

The Challenges with Kubernetes Security & Governance

As you can see, there are many moving parts to Kubernetes. This makes it difficult to manage and secure.

Kubernetes security is not a one-size-fits-all approach: if you have a cluster with 100 nodes and 5 hosts, each with 3 containers running at once, then that's 450 containers running across your cluster (and therefore potentially thousands of vulnerabilities). You also have to consider that all these servers are managed by different teams who may not be aware of potential security threats or vulnerabilities in their code base or tools used for deploying applications onto the platform.

The Benefits of DevSecOps for Kubernetes

DevSecOps is a way to embed security into the development process. It's not something that you can do once and then move on to other things. You have to be intentional about how you're going about it, or else it won't work out well for your business.

DevSecOps can reduce the cost of security through:

Improved efficiency in software deployment and updates - This eliminates any need for manual testing across multiple environments before releasing an update (or worse yet - having to wait until after deployment). When everything's automated, there are fewer risks of mistakes getting through; therefore less chance for bugs or vulnerabilities being created in production systems at any given time during development/debugging phases when developers may still be working on them. This also makes sure that releases don't break anything already deployed by mistake as well!

Increased innovation/productivity - Since all aspects relating directly or indirectly to building something new are automated via tools such as Jenkins CI servers which monitor code changes made against specific versions while automatically triggering deployments whenever required (e.,g., changing code base), developers can focus more intently on developing their product rather than having others worry about maintaining infrastructure stability since everything will happen automatically with little intervention needed on behalf of those making changes themselves."

What's the Difference between DevSecOps and DevOps?

DevSecOps also uses similar tools to other parts of the technology stack, including Jenkins, GitLab CI/CD pipelines, and Kubernetes clusters that are managed via Helm charts.

For example, To deploy code into production (where your application will run), you need to have a well-defined build process that follows best practices such as unit testing before deploying live code onto Kubernetes clusters running in production environments using Docker containers or VM instances with VirtualBox VMs running inside them - which then executes those deployed Docker images against different versions/branches depending on how often they're updated (e.g., one branch might contain only bug fixes whereas another branch contains new features).

A framework is a set of guidelines, rules, best practices, processes, and standards. It can be used to help you get started with DevSecOps on Kubernetes.

The Kubernetes Security & Governance Framework (KSPF) is like an operating system for your containerized application. It provides a common set of definitions that enable you to manage security at multiple levels in your environment:

Application level policy defines how applications should behave when they’re deployed into Kubernetes clusters; it also includes update policies for updates to the application itself

Containers have access control lists (ACLs), which govern who can access them and what permissions they have

First and foremost, you’re going to want to secure Kubernetes infrastructure. This means using TLS encryption on all communication between your Kubernetes nodes and the cluster itself. You can also use RBAC (Role-Based Access Control) to limit what users can do within their pods, as well as set up Pod Security Policies (PSPs) so that only certain types of resources can be created by them. Finally, if you're running on AWS or Google Cloud Platform and want better control over resource allocation inside your containers—and you should!—you'll want to enable Pod Disruption Budgets.

The next step is to create a secure development pipeline. This means you need to use a container registry that supports image scanning, such as Docker Hub (or any other registry).

If you don't have access to a container registry like this, then it's possible that some images may be unsafe and could contain vulnerabilities or other security issues. To ensure your organization does not run into any of these types of problems during its Kubernetes deployments, it's important that all developers use the same tool for building and deploying images in production environments—and that tool should be built around security best practices such as image scanning tools.

Now that we’re done with the build, it’s time to secure our containers.

This step is optional, but it's a good idea if you want to be safe. The Kubernetes API allows users to scan images for security vulnerabilities before uploading them onto their cluster. This prevents anyone from downloading an infected version of an image, which could infect other machines running on your cluster as well as any machines that run Kubernetes itself.

Application scanning is a crucial part of DevSecOps, which is why it’s important to understand how it works.

There are two types of application scanners: manual scanners and automated scanners. Manual scanners require someone on your team to manually run the tool against each application separately; this can be time-consuming and inefficient if many applications are being scanned regularly by multiple people (and even then, there may still be issues). Automated scanners use machine learning algorithms based on previous scans done by humans previously so as not to require any human interaction after deployment

Step 5. Establish Verification, Remediation, and Enforcement of Policies (with Canarying)

Establishing a policy is the first step in setting up DevSecOps for Kubernetes. You can do this by creating an Operations Policy with the following fields:

The first step is to automate everything! You’re going to need a few tools including:

Automated vulnerability scanning, patching, and configuration management. You can use tools like Certbot, Ansible, or SaltStack for this purpose.

Automating your security practices allows you to reduce the time it takes for humans to make decisions that may not always be correct - especially if they are human beings rather than machines! If any of your systems are compromised by an attacker then you will want them fixed immediately and securely as soon as possible so that no one else gets hurt by that attack either - but this requires manual intervention from someone who knows what they're doing! 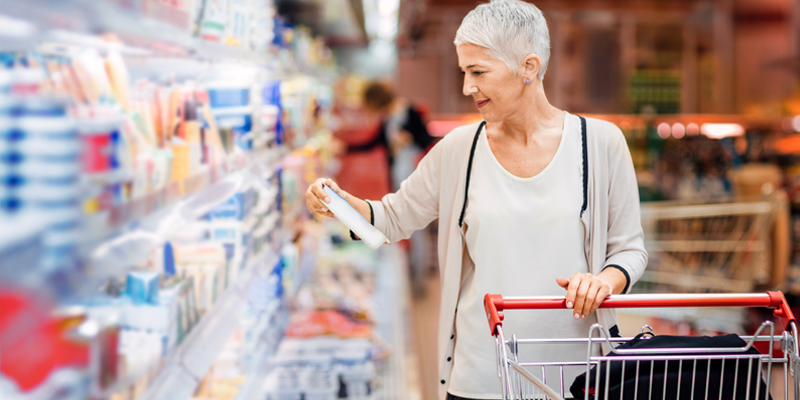 Human Capital Management (HCM) solution is all about enabling businesses to manage their human resources across all...
Cloud Retail Cloud Enablement

7 Fascinating Insights on How Data Is Humanizing Customer Experiences

According to a survey by American Express, 40% of their customers would rather speak with a live person at a contact...
Customer Experience 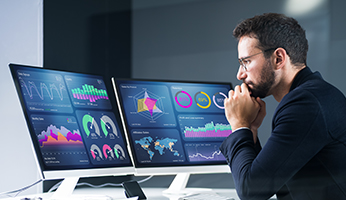 How to become a Data & Analytics driven Enterprise.

In the business world, data and analytics are rapidly becoming more important than ever. That's because they provide a...
Data Analytics