The paradigm shift with cloud engineering and assurance

Do you know what it means to “shift your mindset”? It’s a phrase that often pops up in conversations about cloud adoption, and it refers to recognizing that the context of an organization can change over time. In this case, we’re talking about shifting your thinking from focusing on testing and QA processes to the need for integrating an agile environment with compliance requirements. In other words, as you think about migrating to the cloud, remember to shift your focus and approaches to testing as well. Wipro's Quality Engineering in a Cloud-Centric World research shows that quality engineering and assurance are a crucial component of the cloud strategies of 70% of enterprises. Therefore, if you plan to move your enterprise to the cloud, you also have to rethink how you approach quality engineering and assurance. Here’s what it entails:


When you look at the cloud, it's easy to see how quality engineering and assurance will be fundamentally different. But what does that mean for your organization?

You need a team that can adapt quickly and work with distributed teams across multiple stakeholders. And they should be able to use multiple tools in addition to their standard sets, like bug tracking systems or test management platforms.


The quality engineering and assurance function is being challenged to shift from a reactive to a proactive approach. To meet this demand, organizations must use automation and tools that will streamline their processes, giving them more time for creativity and innovation.

The right tools for the job include:

Integration testing is a key component of quality assurance. It ensures that the systems being integrated are properly configured and connected, allowing them to work together as expected. This process can also be used to identify vulnerabilities in your system before they occur, enabling you to proactively address issues before they become problems—and potentially even prevent them from happening at all.

Integration testing should be part of every project regardless of whether it’s moving from on-premise or cloud-based solutions (or some other type). You need to ensure that each component has been tested thoroughly before going live with your product or service. If there are any gaps in this process, then those gaps will likely be discovered when you start using them once they go live; worse yet, they might not even be uncovered until after deployment!


The shift to the cloud demands that you proactively identify and address security vulnerabilities. Don't wait until your system is compromised, or worse yet, exploited by an attacker. The first step toward addressing this challenge is identifying the right tools for identifying security vulnerabilities. The right tools will help you define your threat model, which is then used in creating a risk-based approach that can be used across all aspects of your business operations.

5. Prepare for the unexpected

Quality Assurance (QA) doesn't just mean testing! QA encompasses all things that contribute to the quality of your product—from design and development through product launch, operations support, and post-sale support. In short: QA starts at the beginning of the development process, not at the end!

These are Challenges that the Shift will Solve:

1. Quality engineering and assurance (QE/QA) departments often face challenges when it comes to supporting the speed of development in a complex testing environment.

This is particularly true for any organizations that are or will be deploying services in the cloud. When it comes to supporting the speed of development in a complex testing environment, manual QA is not agile. Manual QA is also not scalable, repeatable, or reliable. Manual QA can be expensive and time-consuming as well as difficult for teams to keep track of workflow and progress across multiple projects.

Manual testing involves a lot of tedious tasks like setting up test cases manually or using traditional tools like Excel spreadsheets or Word documents (and even worse—PowerPoint presentations!). These tests must then be executed by analysts who usually don’t have much experience with automation tools like Selenium WebDriver etc., which makes them slow at best!

2. Lack of compatibility Between the Traditional Models and serverless functions.

Traditional QE/QA operation models, processes, and practices do not work well when the environment is made up of microservices or serverless functions. Failed approaches may include those for scheduling, infrastructure provisioning, test execution, test reporting, and continuous integration/continuous delivery (CI/CD) pipelines. QE/QA departments often face challenges when it comes to supporting the speed of development in a complex testing environment. This is particularly true for any organizations that are or will be deploying services in the cloud.

3. Challenge in securing QE/QA resources in the cloud.

Securing QE/QA resources in the cloud can be challenging. In many cases, an adequate number of resources must be purchased to accommodate peak loads but may often sit idle during low periods. For example, an organization might need to purchase four virtual machines to test development code against full load given that each machine can handle half of the expected transactions. These manual tests require significant time and effort for a team of testers—time that could be better spent on other tasks such as code reviews or fixing bugs. Manual testing also lacks automation; testers cannot use Selenium IDE (or similar) tools because they have no access rights within your VMs so they have no way of automating their workflows without having root access over your entire infrastructure(s).

4. Agile and DevOps make it difficult for manual testers to keep up

The shift from traditional testing approaches to agile and DevOps practices has also made it difficult for manual testers to keep up with the speed at which applications are being updated as well as the functional requirements that change frequently. This is especially true when you consider that most organizations have become more focused on mobile development and cloud deployments.

With so many changes taking place within an organization, manual testers need more than just basic skills to stay relevant in their jobs. They must be able to adapt quickly if they want any chance of keeping up with upcoming trends in quality assurance (QA).

The traditional QE/QA department is not suited for cloud services. Many businesses are adopting cloud platforms and applications, but they're still trying to figure out how to keep up with the speed at which these applications are being updated. Traditional QE/QA departments struggle with this challenge because they have no way of knowing what changes will be made or when they'll need to test those changes.

The traditional QE/QA department does not have the resources needed to support these types of changes promptly, which can lead them to problems such as:

As you think about migrating to the cloud, remember to shift your focus and approaches to testing as well.

You'll also want to think about how your quality assurance process will change. As you think about migrating to the cloud, remember that it's not just about testing applications and infrastructure; it's also about shifting testing approaches as well. We've already seen some companies move from a waterfall model of software development (where all new code goes through manual testing before being put into production) to an agile approach where developers write code in small increments at frequent intervals throughout their projects' lifetimes—and then test those interim releases before releasing them into production. But what does this mean for QA?

For testers not only to keep up with these ever-changing requirements but also to ensure that any changes made don't introduce new problems or vulnerabilities into their systems (which could lead them down a path similar—if not worse than—that which happened during the Equifax hack), they'll need more tools available than ever before: automated tests that can be run against multiple versions of software at once; integration tests designed specifically against those same versions; security vulnerability scans performed regularly across all environments used by those same versions...the list goes on.

The biggest takeaway from this is that there is an ever-growing need for quality assurance engineers and testers who can support the shift to cloud services. The same is true for any organization that wants to leverage its internal resources as well as external partners to maximize its testing capabilities.

We hope that this article has helped you better understand how to migrate your organization to the cloud, as well as some of the risks involved in doing so. The key takeaway is that it’s not just about moving apps or data. It’s also about shifting your thinking and approach to testing—and making sure that all stakeholders are on board with these changes. We know that it can be hard when things don’t go exactly as planned, but if your team commits themselves to stick together through those tough times, then you will ultimately succeed in migrating your business to the cloud!

The best strategy for modernizing your applications in 2023 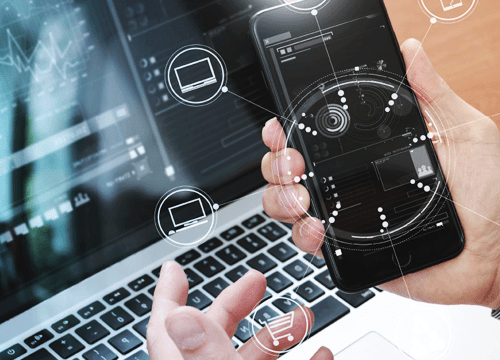 How application development and maintenance can be beneficial for any business

The best businesses are those that offer their customers the best possible experience. This requires more than just a...
Applications